Private Plane: Where Do Private Jets Land in NYC? 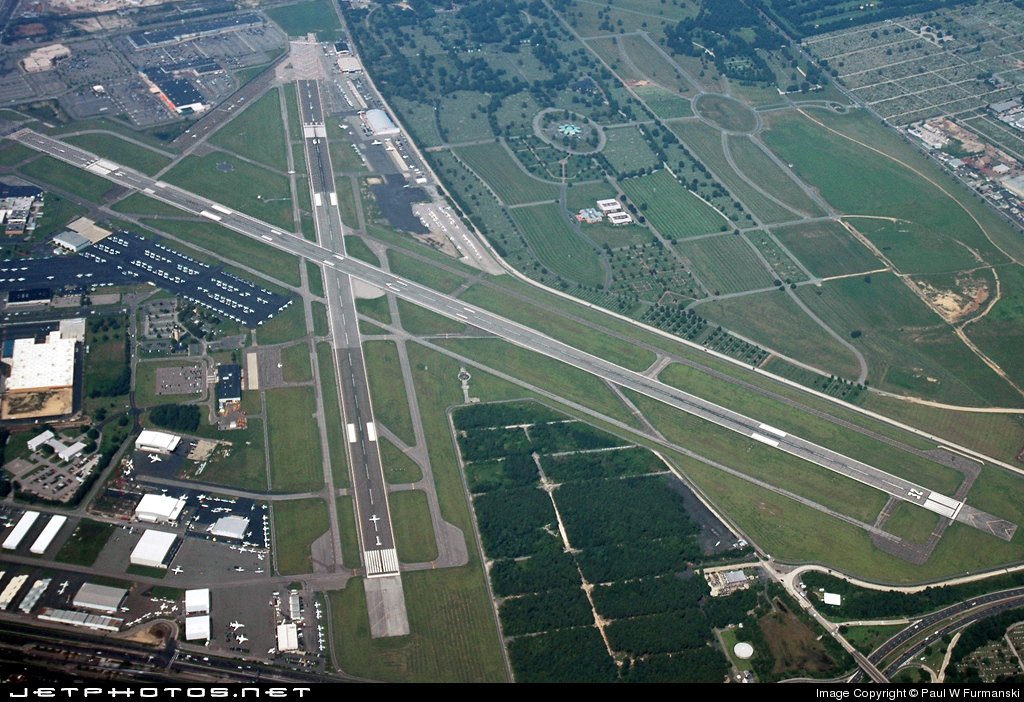 For many different reasons, flying in a private jet is often the best choice for many people.

Despite the pandemic, the private jet industry is growing. Nearly 8,000 new jets will take to the skies over the next ten years. They’re safe, reliable, effecient and often luxurious.

Before flying into any destination, you have to consider the best (and often that may be an overlooked choice) choice of airport to arrive at. When considering your private jet travel, you have to ask yourself some basic questions. For example, where is the best places for private jets land?

When traveling to New York City, the answer can be a little complicated. Here is a quick guide.

When people think of airports in New York City, they think of JFK and LaGuardia. They’re two of the biggest airports in the world, and both support private jets.

If you are flying a long distance and need to refuel, you can also stop at JFK. But private jets often try to avoid the airport whenever possible.

LaGuardia also receives more private jet traffic than JFK, so be prepared to wait for services.

LaGuardia also receives more commercial traffic than JFK. The airport is notorious amongst New Yorkers for its long wait times and incredible congestion.

If you are looking for amenities when you land, LaGuardia does not offer very many. The airport is currently undergoing renovations that will increase its luxury. But it does not have features found in other airports like high-quality restaurants or shopping centers.

If you need to get into Queens right away, you can fly into LaGuardia. But avoid the airport otherwise.

If you are forced to pick a major commercial airport, some pilots will choose JFK over LaGuardia. JFK has less private jet congestion and better services for private jets. Neither is recommended.

Teterboro is located on the other side of the Hudson River. Though it is farther from the city than LaGuardia, it offers no commercial airline service.

Terterboro is a common choice for private jets, but it has had it’s fair share and a number of problems and issues in recent years.

Teterboro has two runways. These runways support aircraft of up to 100,000 pounds, but the small number of runways results in frequent delays.

The airport is based near residential areas. This means that the airport adopts measures for noise abatement. Many flights are placed on one runaway and few flights are allowed during the nighttime.

In the previous five years, federal aviation officials had been called to investigate twice as many safety incidents at Teterboro than at JFK or LaGuardia. Both those airports handled twice the air traffic of Teterboro at that time. The airport also had more safety issues than Newark, and the number of air traffic controllers was half what it had been 10 years earlier.

If you have a meeting within the city, or if you are traveling for pleasure, you should consider another option. The airport is simply too congested, and its lack of travel during the night limits opportunities to land.

Westchester County Airport is based in White Plains, thirty miles north of New York City. It has one commercial terminal, but it mostly serves private jets and business travelers.

The airport offers two runways. Its position north of the city means it has less congestion than Teterboro but is often less convenient.

But noise abatement is a big concern at the airport. Westchester has adopted a voluntary curfew that keeps private planes from landing between midnight and 6:30 am. You can land at Westchester during those times, but the airport strongly advises against it.

Westchester operates in the same airspace as LaGuardia, JFK, and Newark Liberty International Airport. This can sometimes cause delays and sudden changes to flight paths.

If you need to get north of the city, you can land at Westchester. But it has many of the same problems as Teterboro without its amenities.

MacArthur Airport is located on I-495, east of New York City. It is a commercial airport, but it offers some private service.

But like LaGuardia, MacArthur prioritizes service for commercial airliners over private jets. Southwest Airlines runs several regular flights through MacArthur, which can slow down private travel on high-demand days.

MacArthur is an okay option if you need to go to Long Island. But there are other airports on Long Island that offer better services with less congestion.

FBOs like Republic Jet Center have the best services for private jets in the NYC area. Lounges are available for passengers and crew members. You can watch movies on flat-screen televisions, or you can gaze at scenic views of the island.

Congestion rates are minimal. Republic Airport operates outside the airspace for LaGuardia and JFK, greatly reducing delays and hold times. It has two runways and both runways operate in the evening.

Republic is suprisingly convenient to NYC, more so than most other area airports, especially when you factor in the delays and hold times at other airports. Many professionals utilize a helicopter ride to New York City that cover the distance in less than fifteen minutes. It also offers concierge services, including caterers and limos.

Republic Airport is also the choice of individuals and families looking to spend time in vacation homes or residences along the Long Island coast. Travelers looking to get away on the coasts of Long Island, or in the Hamptons will land at Republic Airport, avoiding the crush of other area airports.

Located in the heart of Long Island’s vibrant Nassau/Suffolk bi-county area, Republic Airport boasts more than 158,000 operations each year and takes pride in its customer service record. When your business is complete and it’s time to fly out, you’ll also appreciate that there won’t be typical New York departure delays.

Lastly, private jet maintenance, a crucial component of private air travel, is readily available at the airport. A Part 145 maintenance and repair station is also available at Republic Airport and Republic Jet Center can help you with that.

Where Do Private Jets Land In New York City?

When you fly in a private jet, you fly in luxury. But not all airports are alike.

Other jets land in Teterboro and Westchester County. But these airports require noise abatement measures that restrict air travel at night. MacArthur has no noise issues, but it offers too much service for commercial jets.

Republic Airport has the least congestion with the most luxury. It is perfect for travelers for business and pleasure alike.

Get the luxury you deserve. Republic Jet Center is Long Island’s leading service for private planes. Contact us today. 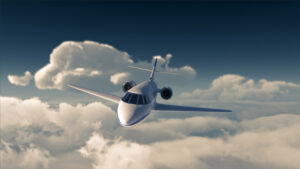 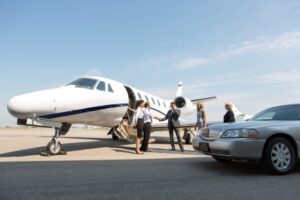 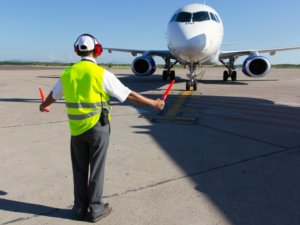 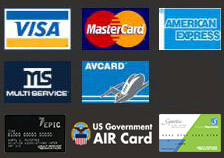